Aldeburgh Festival of Music and Arts is back for its 72nd year!

Each year artists and performers converge on Aldeburgh and Snape Maltings for the annual classical music festival.

The Aldeburgh Music Festival, pioneered in 1948 by the famous composer Benjamin Britten and his friends, is simply not to be missed on your visit to the Suffolk Coast this June. It is the place to be for any arts devotee or classical music lover. 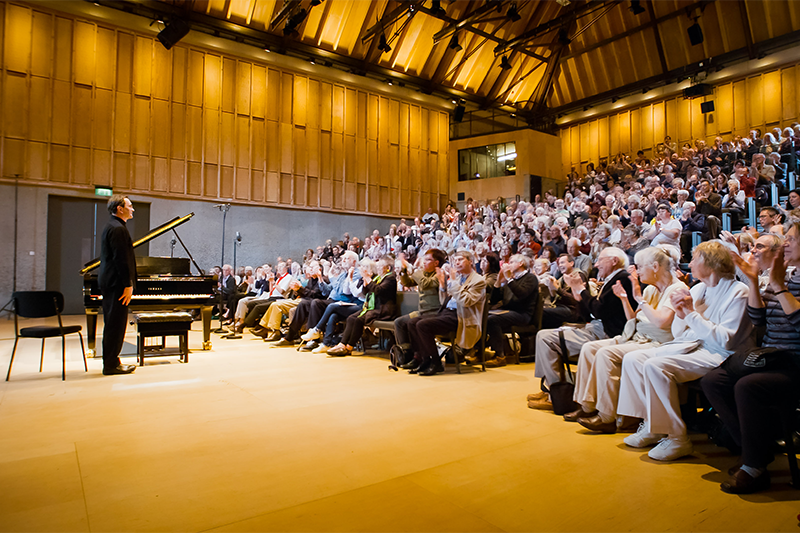 Best of all Snape Maltings is less than a 10-minute drive from our tranquil luxury accommodation, making it the perfect location to base yourself during this two week event.

Here are 3 reasons The Aldeburgh Festival 2019 should be top of your festival list this Summer.

The festival, of course, celebrates artists and ensembles from far and wide, but its real magic is in the ground-breaking and fresh performers and composers who debut new pieces at the festival each year.

Among the premieres this year are a host of composers showcasing their musical creations for the first time at the festival including the winner of the 2018 Banaue International Music Composition Competition Caterina di Cecca and Edmund Finnis, who has enjoyed great reviews from BBC Radio, New York Times and Radiohead to name but a few! 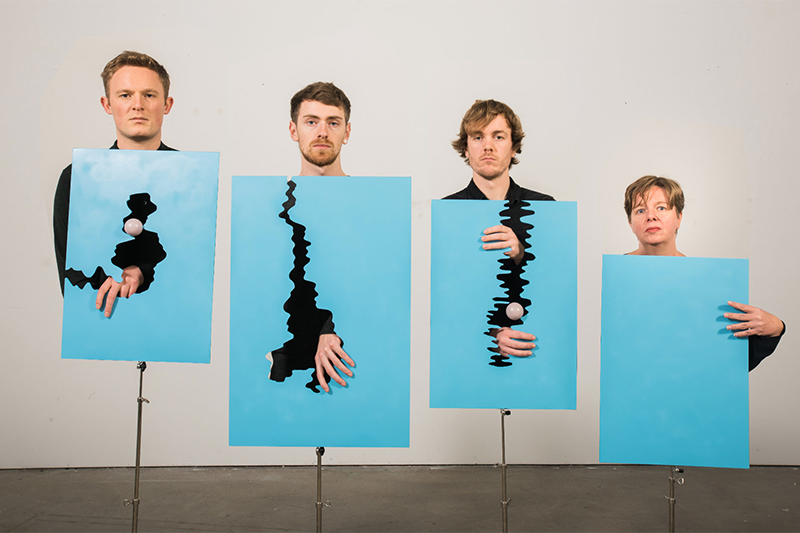 This year is all about new experiences, witness the phenomenon of radical performance art from Bastard Assignments – a group of composer-performers making experimental music that explores performativity, movement and live art; and be blown away by Drive-by Shooting –  an eclectic mix of outdoor graffiti-style animated opera. For something a little closer to home but just as exciting, don’t miss Listening Walks by sound artist Mike Challis; a guided tour which alternates between silent listening and exploring the sounds along the bank of the River Alde.

This year the three artists in residence will each curate a piece of the festival. Thomas Larcher, Mark Padmore and Barbara Hannigan.

Thomas Larcher is the World-Renowned Austrian composer and pianist, dubbed one of the most imaginative voices in Classical Music today. His first ever opera Das Jagdgewehr or The Hunting Gun will have its UK premiere right here at The Aldeburgh Festival, it’s already won rave reviews at The Bregenz Festival. 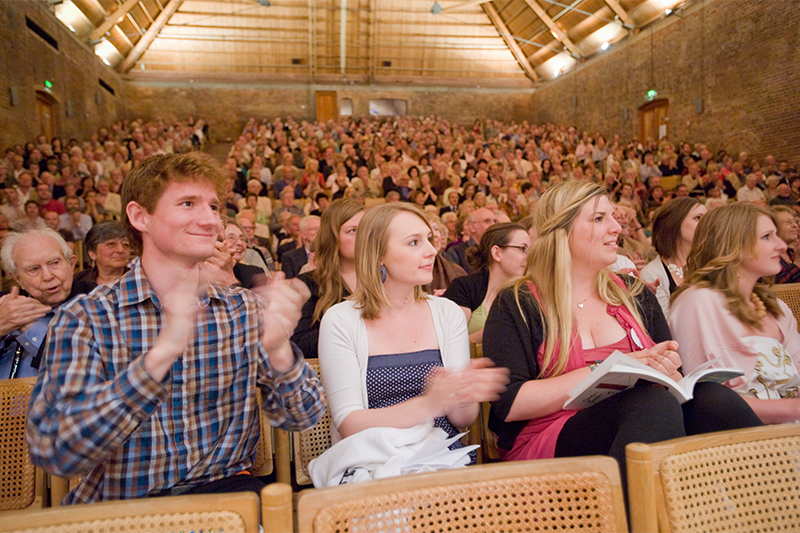 It’s no secret that British Tenor Mark Padmore loves The Aldeburgh Music Festival. This year he will be performing in an impressive seven concerts as well as leading the Poetry and music series and leading the festivals busy week-long masterclasses.

Barbara Hannigan is a Soprano and Conductor from Nova Scotia, Canada. She is a mentor with her own youth programme, Equilibrium Young Artists, who will be performing alongside her. 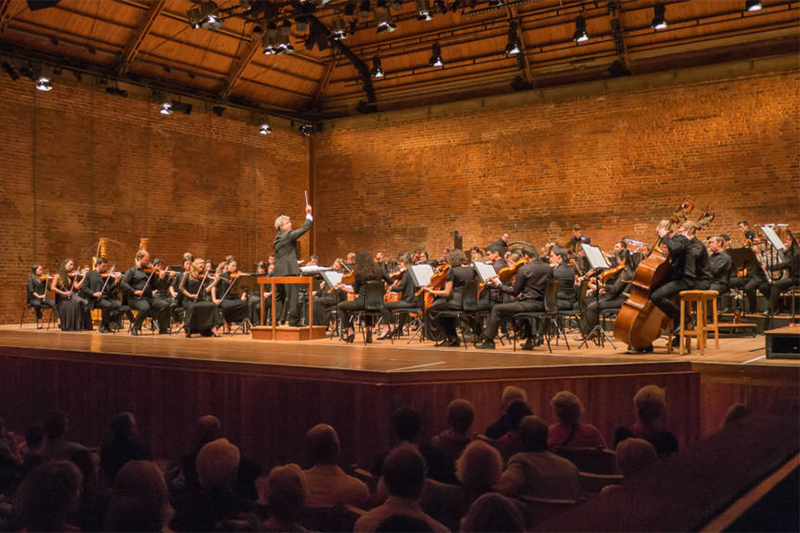 You will also be able to see performances from festival stalwarts such as Vox Luminis from Belgium and the BBC Symphony Orchestra.

This year brings some incredible artists to Snape Maltings for the festival. Local talent stands out alongside epic creators from further afield for a collection of exhibitions which will be as provocative as they are inspiring.

The Arca Project, a fascinating exhibition inspired by the Work of W.G. Sebald, which sees seventeen artists and seventeen writers’ individual responses to a single image. The final limited-edition prints produced will be both striking and thoughtful.

John Kean is presenting his work “If you knew me. If you knew yourself. You would not kill me”. A series of powerful images created using fabric and clothing, which marks 2019 as the 25th anniversary of the 1994 Rwandan genocide. 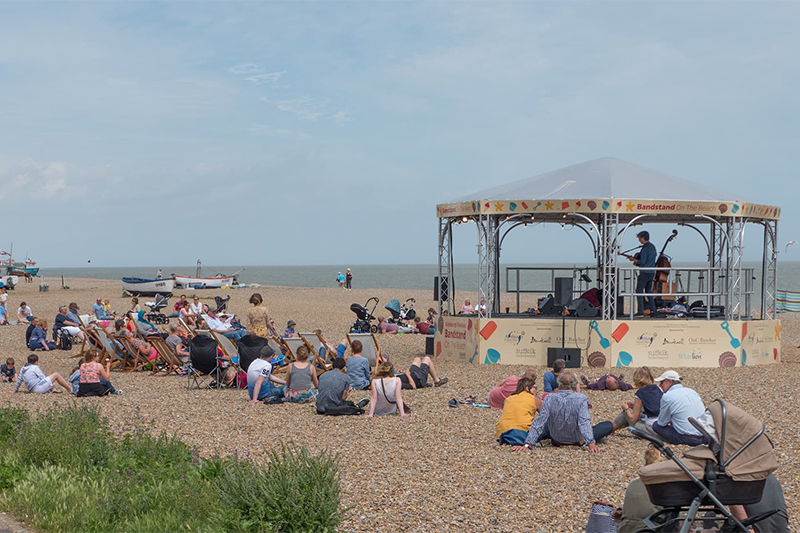 Maybe there’s too much to choose from in the full Aldeburgh Festival Programme, or maybe you can only attend the festival for a short time. Don’t despair you can still enjoy the festival excitement in bitesize with free music at The Bandstand on the Beach every lunchtime. Here you can hear School Choirs, Big Bands, community choirs, jazz singers and some festival surprises between the North and South Lookout Towers on the beach. 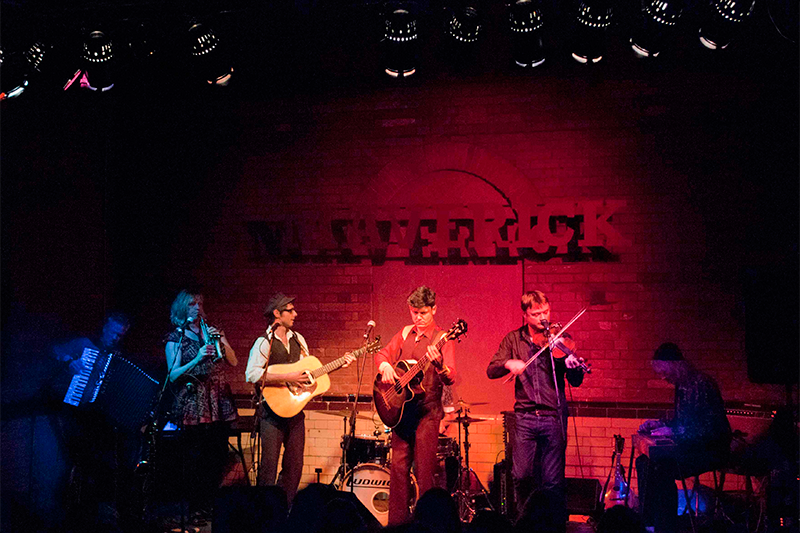 If not everyone in your family is a fan of classical music, The Pumphouse is hosting a non-classical programme over the three festival weekends. Dubbed the alternative Aldeburgh Festival, the old Victorian pumping station will be packed with good vibes and a full programme of arts and performances including music, comedy, poetry, and theatre; plus, street food, a gin bar and activities like beatbox lessons for the children (honestly!)

It’s difficult to quite convey the atmosphere that Aldeburgh Festival brings to our heavenly part of Suffolk – the buzz which rolls over the area as festival time approaches is very special. You can experience the Aldeburgh Festival your own way when you stay in one of our six luxury cottages and studios. You could even bring your campervan or caravan and pitch up at one of our 5 Caravan and Motorhome Club Certificated Location sites.

Mollett’s Farm has everything you could ask for, whatever your style. We look forward to welcoming you.

Don’t forget to check out our blog for more exciting things to do on your visit to the Suffolk Coast.